What do you look forward to doing on your cruise?  For many it’s the amazing food options, some want to just relax but for others it’s the shows.  All ships have a variety of shows from productions by the cast to comedians to singers to keep you entertained.  Royal Caribbean’s Oasis of the Seas has several options for wonderful shows to keep you entertained on your cruise.

All ships have a main theater where there will be nightly shows.  The ship cast will have a few original productions plus they usually have guest entertainers that will perform a Headliner show during your cruise.  The guest entertainers will vary from comedians, jugglers, singers, tribute bands plus other great acts. 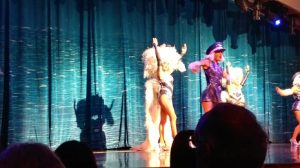 A few ships offer Broadway at Sea, which is the full Broadway production of popular shows.  On the Oasis of the Seas you can watch Cats.  And best of all, these are included in the price of your cruise instead of paying $100 and up to see them on land! 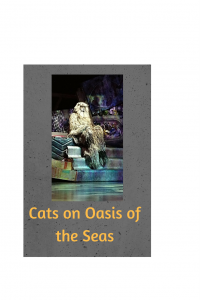 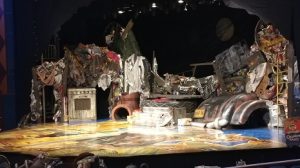 The Oasis of the Seas is like a lot of the larger ships that has several entertainment venues along with the main theater.

Like most of Royal Caribbean’s larger ships, they have an ice skating arena.  During the day they have this open for guests to enjoy and on a few nights they’ll have a show by their amazing cast.  The area is small, the ship is often times moving, yet they have the skills to manage as though they were in a large arena on land. 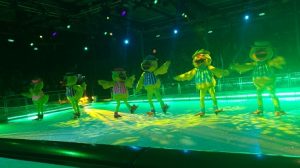 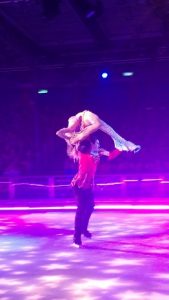 The Oasis class ships also have a diving/water show in a very small aquatheater on the ship.  Imagine diving from a 30’ platform on a moving vessel!  They offer a nighttime show, Oasis of Dreams, and usually on the last day a comedy dive show Splish Splash.  Both feature the high divers as well as synchronized swimming. 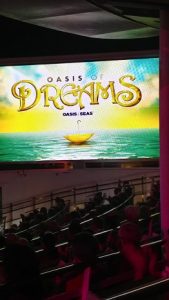 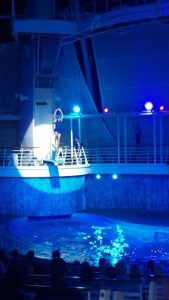 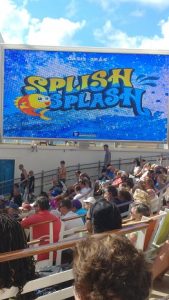 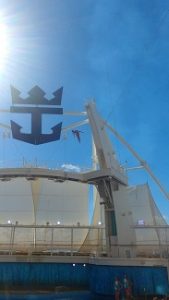 There is a comedy club with nightly shows so you’re sure to be able to catch one.  It’s a small venue so doesn’t hold too many guests at a time but is perfect for the intimate feel.  There are 2 guest comedians that do adult shows there, and usually have one or two in the main theater that is family-friendly. 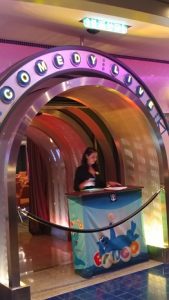 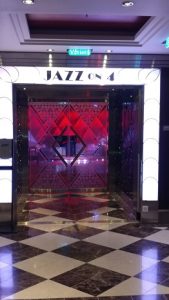 As you can see there is plenty to entertain you, but there’s always a lot more.  Just check your daily Cruise Compass to see all that awaits you on your amazing cruise vacation!  Let me know when you’re ready to see these for yourself.