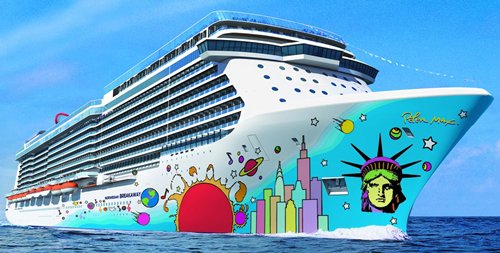 I went on the Norwegian Breakaway on February 21 to the 28th for a cruise to the Bahamas. My husband,John came with me. We had the free drink package and four meals in their what we would call Deluxe Restaurants. With the free drink package, if you wanted Top Shelf Liquor you paid the difference between the top price of drinks included $17 and the price of the drink itself, so when John drank his Glen Livett Scotch, he had to pay the difference in price.

We ate at some good restaurants, my favorite being Le Bistro.  The French cuisine was great.
We had originally booked an inside cabin but a few days before our cruise were upgraded to a Family Balcony for free. Our cabin was 12260. We were in the first boarding group as I have a problem standing too long. While we were waiting we made a few friends. The group of us boarded the ship at the same time and went to lunch in Moderno (the Brazilian Restaurant had a buffet) and all sat together. You would have thought we knew each other forever the way we chatted and laughed.
After lunch we went to our cabin to drop off our carryon bag then proceeded to the muster. After the muster we went on a Pub Crawl with the Cruise Critic people (my hubby created the crawl). We started in Shakers Cocktail lounge (the martini bar) and proceeded to Maltings (the Whiskey Bar). From Maltings we went down to O’Sheehan”s where we had a snack and more drinks. From O’Sheehan’s we went to the Atrium (the main bar) and from there to The Mixx then back up to The Prime Meridian then off to dinner at the Garden Cafe.

On our second day, being a Travel Agent paying full price for my cruise, I got invited to the Captain’s VIP Party, got a bottle of champagne and chocolate covered strawberries.  I also received a letter saying I could take the tender whenever I wanted at Great Stirrup Cay and could disembark in the first group on the last day of the cruise (hubby and I prefer to be last off so our family has a chance to get to the city to pick us up.
We went to Kennedy Space Center for our Shore Excursion on Wednesday and got to see the Space Shuttle Atlantis. We did not get off the ship at Great Stirrup Cay or Nassau, we have been to both these places and decided we wanted the solitude of the quiet on the ship. 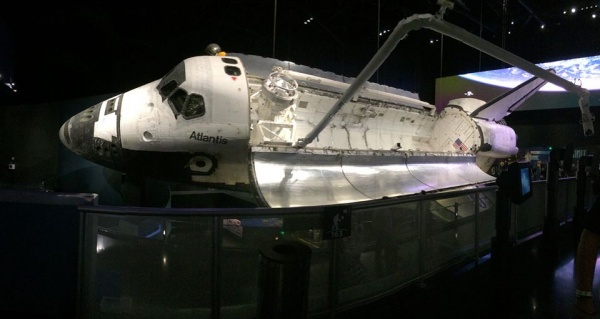 After all my Norwegian Breakaway Cruises, the bartenders know us well.  I brought cotton candy on the ship and they made us Cotton Candy Martinis everyday.  The bartenders loved the reactions of the other guests on the ship whenever they made one and told them you come on a cruise and bring your own Cotton Candy we will make them for you too. 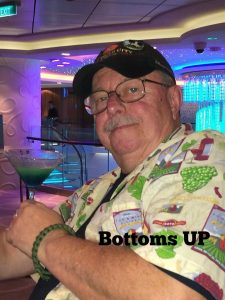 We Started our return to New York City on Friday night and I took advantage of the Casino (which I did everyday). When we docked in New York City, I had $650 to take home with me.